Each generation has its moment in modern history, and this is the moment of generation Y, best known as the Millenials.  They are generally marked by having reached adulthood or maturity with the new millennium in the year 2000.

A distinctive trait of this generation is the technology dependency. The internet, social networks, and tech gadgets; all of them are natural tools for everyday life: to buy, to make bank transactions, to share products and services, etc.

“They move using social networks, they are constantly surfing the internet, they must have a Facebook, Instagram and Twitter profile, they make business through there, they work as freelancers, they work online from home, because they are submerged in their computers” Highlights, Patricia Urdaneta, Content Coordinator for MasQueDigital, a leading company in e-branding and Digital Marketing led by Rafael Núñez Aponte.

Even when there is not an agreement on the exact chronologic frame of this group of people, various sociologist and scholars believe that this group originated at early and mid-80’s of the 20th century.

Patricia Urdaneta affirms that this generation principal trait is its ability to adapt. “People that come from analog have the idea that things are from a certain way and when technologic changes arrive are a shock; at the beginning, it is a problem for them to adapt to changes and they need a ‘step by step’ explanation.  On the contrary, Millennials are capable to adapt easily, when there is a new app in the market, a new update, a new product, etc. We adapt quickly”. She also explains that there is an important equilibrium between the capacity of adapting to the changes that the world offers and to keep being young in adulthood.

Another characteristic of Millennials is their “detachment” and their insatiable desire for being in constant movement.

Millennials have so much access to technology that they have no boundaries; the access to other countries, other markets is too easy. It is to google something and to know everything about other culture, there are no boundaries (…) the access is indeed greater and that is the reason why they want to emigrate so badly, they have an urge of actually going to the places they see on the screen (…) About the attachment: they are capable of keeping themselves within the rules, yet they are also capable of breaking them; they can break the barrels, break any kind of novelty, or innovate. That is why the millennial generation has so many innovators and entrepreneurs, because they do not follow the rules; we know what is ok, we know what is not and yet we break barrels” highlights Urdaneta.

Above all, Urdaneta acknowledges a high level of responsibility and engagement in every action they take, at least in the majority of the cases in the young millennial generation. She is also aware that human behavior does not change, they are just presented differently.

“It does not mean there is a detachment from the family; on the contrary, it expands the family. They might be all over the world but the access is greater (…) I bet that if a post a photo of my grandma in Instagram, my family will show up to comment it.” Urdaneta said.

After this generation Y, comes the generation Z, those that are still minors. They handle technology almost since they are born, but they are not mature enough to establish a solid life plan, and the challenge that we have as society is to keep our youngsters focused: we need to let them know that everything cannot be technological or cold, to show them that technology and its development is a tool for them to grow in life. 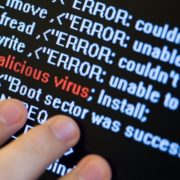