Under the premise of changing the world, Anderson Medina and Rafael Nuñez Aponte, our CEO, have created the initiative “Let’s Change Together” that seeks to eradicate psychological violence, starting off in our nearest surroundings.

Anderson explains that everything starts from the theory that says that all of us have been victim of psychological abuse at least once in our lifetime and the only way to change that is to start changing ourselves.

Through videos and media resources based on real-life situations, this campaign will be promoting awareness on how every little action that we take on children will cause an effect on them in the future. On a higher scale, the project will be releasing educational videos that will help creating a better society.

This campaign has already released the following videos:

“This project is based on the theory that we all have been victims of those who have been victims as well at some point. Thus, the name of the campaign “Breaking The Chains”. If we change ourselves, we will change everything around us. The world and society are like this just because of ourselves and it’s in our hands to change everything we don’t longer like” – said Anderson Molina.

The main idea is for everybody to watch and share the videos on their social networks, so more people can identify behaviour pattern and stop any irregularities as soon as possible.

“Another goal for us is to spread the word through our website. This way, people will be able to buy our products and help us make a change in society” – Medina added.

Let’s Change Together is a campaign held by 30 people, supported mainly by FundaSitio and Rafael Núñez, MásQueDigital’s CEO.

“We’ve been so lucky as to have an extremely talented group of people working with us, growing stronger as professionals and individuals on each one of our projects” –  Medina pointed out.

It is important to mention that the acceptance of the public has been extremely positive, achieving more than 260.000 views on each video posted online.

Fintech and Social Networks: The Client Has Got The Power 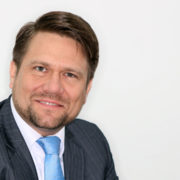